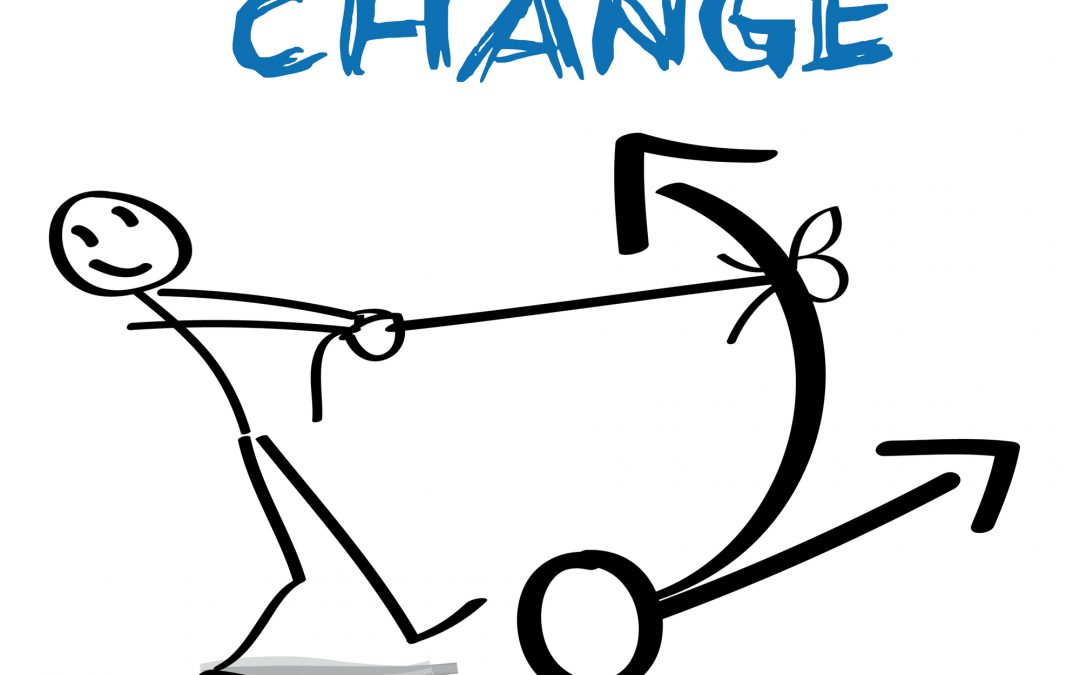 I was reading the comments on a post in an open-heart surgery Facebook group earlier this week, relating to how people cope following a dramatic change in their health. It got me thinking about my own approach to my condition, which as much as possible is one of vague contempt and general ambivalence.

When issues crop up, as they appear to be doing with uncomfortable regularity, I just bury my head and push on through, seeing it as a challenge to be surmounted in whatever way I can.

Perhaps I have an advantage in that I have a lifelong condition, rather than something which blindsided me later in life, so have always lived with the need to continually adapt to changes in my health. There have been countless upswings and downswings and, although I always welcome periods of stability, it can be hard not to keep one eye looking over my shoulder for the next setback.

I try to live my life with the expectation that things will stay as they are; it feels like my fear of not living for today is worse than my fear of what may happen tomorrow. The ‘what ifs’ (as I like to call them) serve only to rob me of my enjoyment of the current moment, and I am mindful not to succumb to the crippling anxiety about the future experienced by so many of my peers.

Aside from some periods of depression in my early 20’s, I feel fortunate to have generally had excellent mental health. That doesn’t mean that there are not times of struggle when my normally optimistic nature lets me down, but I have learned countless daily habits and strategies over the years to manage my mindset and keep the black dog at bay.

That said, my 2017 endocarditis diagnosis undoubtedly destabilised my previously unflinching belief that whatever my physical health, it would not have a massive impact on my life.

The acute deterioration came without much warning and quickly took me as close to dying as I ever want to get. I still live with the physical ramifications, and indeed the mental ones which have seemingly been even harder to overcome.

The shock diagnosis left me questioning so much about how I thought the remainder of my life would play out. Whereas once I felt reasonably confident that I fully understood my condition and the possible obstacles which could occur, I suddenly found myself facing an enemy which I hadn’t expected to fight.

Throughout the months in hospital, my greatest struggle was undoubtedly with my mind. The change in my previously great health (relative to my peers) was so catastrophic that even as I began the recovery process, I wasn’t entirely sure who I was anymore – or who I would end up being in the end.

Physically I was broken and a shadow of my former self, having lost trust in my body for how I perceived it had let me down. Mentally I felt weakened, and emotionally I oscillated between anger and despair; the scars seeming like chasms destined to forever trap me in world of reduced possibility and expectation.

What I did know for sure was that I had a choice.

I could stay in that place – after all, nobody would blame me – or I could accept the way things were in that moment, decide that was the bottom of my fall, and do everything in my power to begin the climb back up.

Sometime the only thing I had to hold onto was the hope that tomorrow could in some way be better.

Uniting the ‘old’ and ‘new’ me

Time was a healer, but that alone was not enough. I had to do the work and look very deep inside, not always liking what I found, and see where the trappings of my old life could no longer match the future I was defining for myself.

The rationalisation hit me that I would never be who I was before – but neither did I want to be!

I came to realise that it didn’t matter who I was in the past. The character traits which had got me this far had served me well, but it wasn’t going to be enough to take me to the next stage in my life.

To rebuild only version 1.5 of me would have been an admission that I had learned little from my experience. I needed to strive towards level 2, 3, or even 4 so I could prove to myself that I was ready to evolve and grow into a new identity; allowing the springboard of adversity to catapult me somewhat into the unknown.

Letting go of previously important things which I had spent years building up was not an easy process. Many things were wrestled away – old friendships, my Merlin Fitness business, my identity as an athlete, my plans to live overseas and so much more.

But what came in return was infinitely richer and more fulfilling. The future which I had come so close to losing was still mine to embrace. More so than ever before, my experience lit a fire in my belly to make this one life something I can feel proud of.

As I took back control of my future, so the gains began to outweigh the sense of loss. I became crystal clear on my life’s purpose and mission to help others living with chronic health conditions to similarly thrive.

Setbacks can be opportunities

My 47 years as a congenital heart patient, with its ups and downs, has taught me an unbelievable amount about what it really takes to be resilient to change, and why we all need to see setbacks as opportunities rather than a threat.

I am still a long way from the completed article and will readily accept that I will never get there. It is the willingness to keep striving which differentiates the people who ultimately soar, from the ones who give up and get lost in a downward spiral.

If I have learned nothing else, it is that this life is ours for the taking. We can easily settle for the excuses, the bitterness, the comparing ourselves to others (or the perfect version of us that will never exist), resentment over what we do or don’t have, and anger towards the blows we did not deserve.

The alternative is self-acceptance, compassion – for ourselves and others -, awareness, perspective and most of all, gratitude.

You, me, we are all getting just one life.

It’s not over yet.

Be sure not to waste it!

PS – If this resonates with you, please do me a favour and share it so my message of hope can reach more people. Thank you.